Buying new tyres is one of the necessary evils of owning a car. Tyres from premium brands such as Continental, Pirelli and Michelin can cost hundreds of pounds each depending on the kind of car you own. And unless you're replacing a single punctured tyre, you may well need to switch more than one tyre at a time.

But is it worth saving the cash and choosing a cut-price tyre from a company you've never heard of? Or should you pay extra for rubber from a big name maker?

Should I pay more for tyres? Yes

If you thought building a tyre involved taking some liquid rubber, pouring it into a mould with a fancy pattern then letting it dry before packing it off for sale you'd be mistaken. It's a highly complex, billion-pound business.

The big name companies employ chemists to formulate the right mixture, called a compound. They have engineers to work on tread patterns and the tough structures that bind a tyre together. They build multi-million pound research centres with indoor tracks that can replicate all driving conditions from sweltering Saharan sun to freezing Arctic asphalt. Finally they use highly qualified test drivers to ensure the products behave as they're supposed to. And if they don't, the whole process begins again.

Test driver for Continental, Scott Armstrong said: "Tyres determine 50% of a car's feeling and its characteristics when you drive it. It's a rigorous process getting that right."

Once the highest possible standards are met, the tyres are then approved for use as 'original equipment' by the car makers.

The net result of all this investment is tyres that perform better than cheaper rubber. David Johnson from Michelin explained: "High quality tyres can save money and lives. Premium tyres may cost a bit more, but they can last significantly longer than budget tyres and they help your car consume less fuel. Michelin spends £450 million a year developing materials, tread patterns and structures that maximise safety and fuel efficiency in a wide variety of conditions throughout a tyre's whole life." 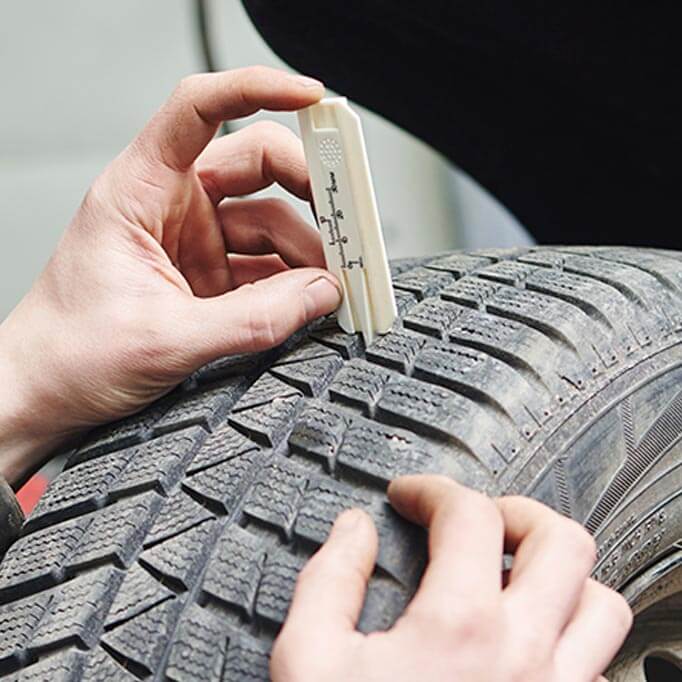 Should I pay more for tyres? No

When we asked various tyre industry experts to stand up for budget tyres, none of them would. All said drivers should spend as much as they can afford on tyres because getting the right rubber for your car is so vital for road safety.

The nearest to come out in favour of budget rubber was charity TyreSafe which campaigns for drivers to take their tyres more seriously.

Chairman Stuart Jackson said budget tyres make sense if you consider them as an alternative to second-hand ‘part-worn' tyres. He explained: "A typical part-worn tyre will have around 3mm of tread. Considering the legal minimum tread depth is 1.6mm, that's 1.4mm of usable tread. A new budget tyre will have around 8mm of tread. This makes it more cost-effective in pounds per millimetres of tread terms than a part-worn tyre."

If you're not already convinced that it's worthwhile spending a little extra on tyres, here's what Chris Sanders from website Tyremen.co.uk said: "The quality of some budget tyres is shocking. Some are no better than remoulds. There can be a huge difference in the extra number of miles you'll get out of a premium tyre compared to an economy tyre.

"We always advise people to buy the same make of tyre their car was fitted with when it was new, if they can. If they want to change, look at independent tyre tests and visit forums to get unbiased views from people who've spent their own money on particular tyres."