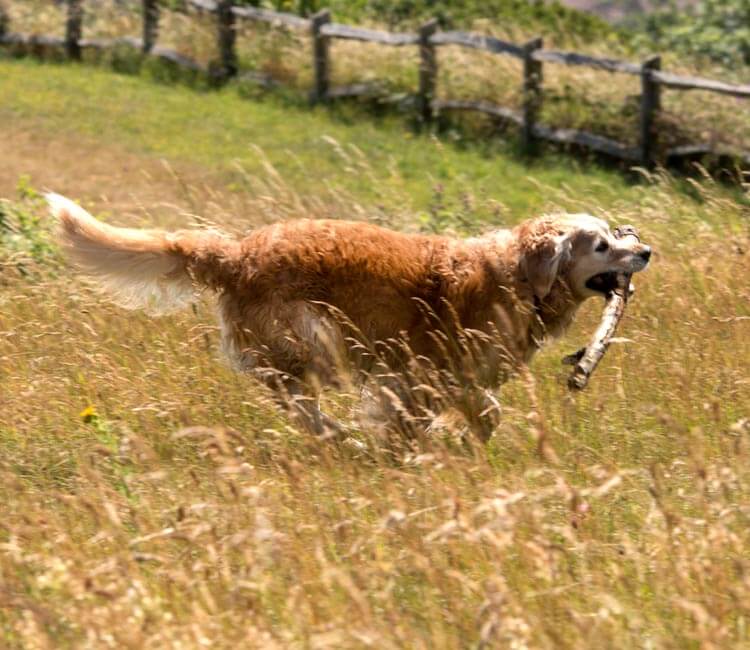 We’ve all had that sinking feeling; when your jeans start getting tight and stepping on the scales reveals the horrifying truth that you’ve put on a few pounds.

Usually it’s over the Christmas period, or after one too many Easter eggs. And isn’t it funny how much harder it is to lose the weight than put it on?

Well, the exact same can be said for our pets. Sure, they can’t read the scales or worry about being beach body ready. But they’ll feel pain in their joints, develop diabetes, have difficulty breathing and experience decreased liver and immune function.

In the past 12 months, almost half of vets have treated dogs for obesity related conditions

Over the course of six months we followed Fred, a chubby five-year-old Golden Retriever who suffered a leg injury and put on a bit of weight. With the help of his owner, Dave, and Emily the vet, Fred was all set to meet his fitness goals.

The number of overweight dogs in the UK is alarming. In the last 12 months, almost half of vets have treated dogs for obesity related conditions.

Emily the vet weighed Fred, and the scales revealed he was 5kg overweight.

If your pup has a few pounds to shed, here are the top tips on how to kick-start its weight loss: 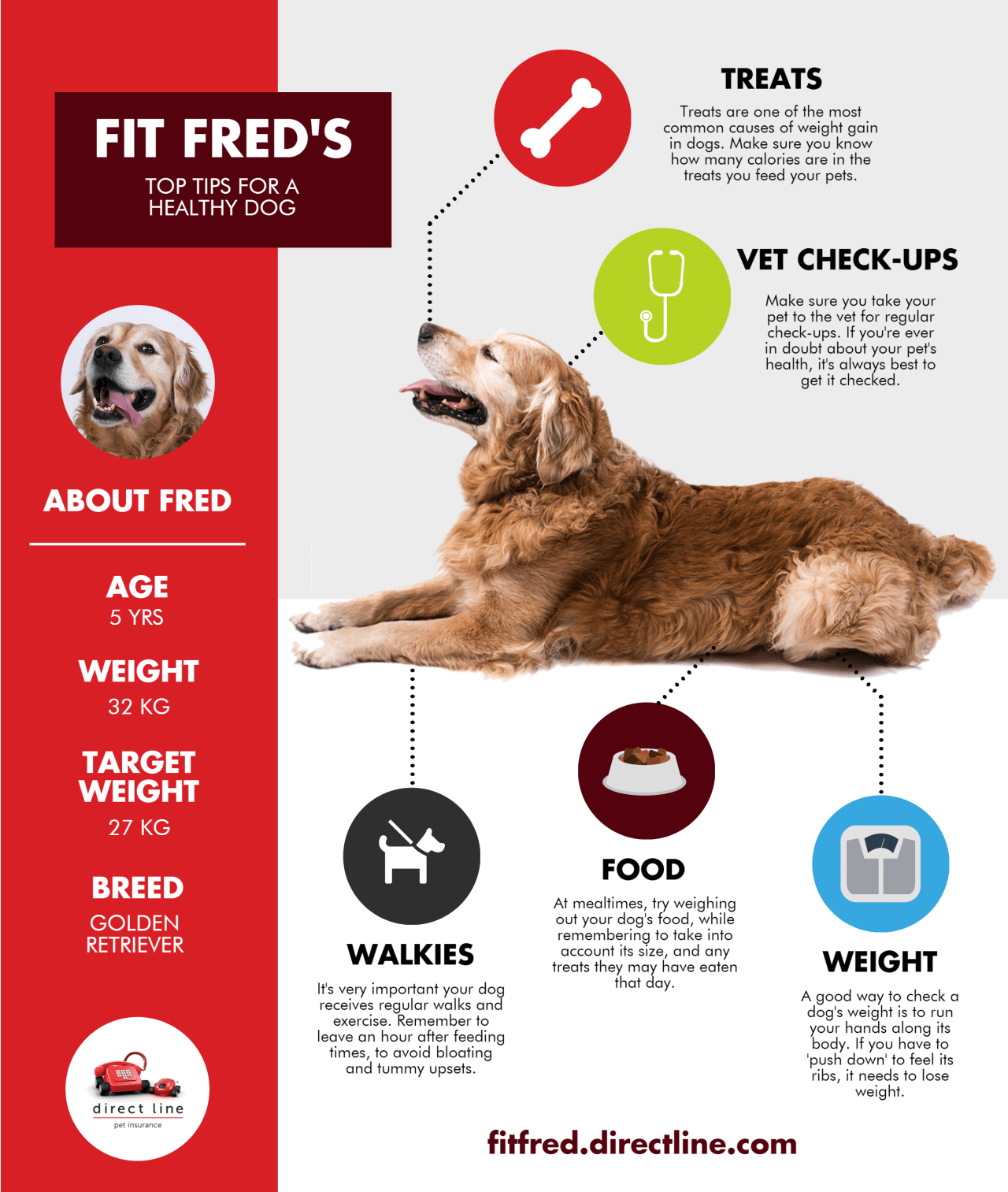 With the help of a few lifestyle changes, Fred managed to lose 2kg in the first three months – that’s more than halfway towards his total weight loss journey.

Firstly, he cut down on portion sizes – even if Fred wasn’t very happy about it.

It’s important to give dogs the portion size they’d have at their ideal weight, not the portion sizes they’re used to. For an ideal guide, follow what it says on the food packet.

Emily the vet also recommended substituting dog treats with carrot sticks and warned that dental sticks can be very calorific.

It also helped that Fred’s leg was on the mend, which meant Dave could take him on longer walks to burn those extra calories. It also meant they could practice Fred’s recall training – whoever said you can’t teach an old dog new tricks was seriously mistaken.

Here’s a video showing how Fred got on:

Like any fitness journey there were some bumps along the way, but Dave and Emily did a sterling job in bringing Fred down to a healthy weight.

Dave learned how to feed his dog properly, and not just guess on portion sizes. And since losing weight, Fred’s paw is almost back to normal, which means he can now enjoy long walks and practice his recall training.

So if your dog is looking a bit overweight and needs to drop a few collar sizes, then use Fred’s journey for a bit of inspiration. Swap treats with carrots, go out on more walks and check the portion sizes.