The smart home is finally becoming an actual thing.

With thermostat systems you can turn on via your phone before you leave the office and voice-controlled sound systems embedded in every room, the home of the future is available right now.

The smart lock, a form of keyless door lock, has become a big part of the smart home movement. It’s seen as an integral part of intelligent home security systems.

But what are they and how do they work?

What is a smart door lock?

As the name implies, a smart lock is an electronic lock that uses wifi or Bluetooth connectivity to interact with other devices. This can be done via a specific fob or by installing an app on your phone. Once the fob/phone is near the lock, it automatically unlocks. There’s no need to rummage around in your bag for a door key or contort yourself into a bizarre position in a bid to unlock the door while carrying a child and your weekly shop.

One of the neat features of smart locks is that you can send temporary keys to people, giving them access to your home within a specific time frame.

Temporary keys are perfect if you need someone to pop in and feed the cat while you’re away - you message them a key and they can use their phone to open the lock. Then once you return, their key automatically becomes invalid.

Because of their “smart” nature, some smart locks will also connect to other devices in your home. If you have a smart heating system, some locks will automatically relay a message to the heating system when it detects you have left the house and the thermostat will turn itself off or go into standby until you return.

Your choice of system may be dictated by several factors, including the all-important price tag. But you should be aware of the implications of opting for a wifi system or a Bluetooth one - and remember that some systems use both.

A wifi lock will usually have more features, such as letting you unlock a door remotely. However, because it’s connected to your home wifi network it’s vulnerable to hacking or malicious attacks, like any internet-connected device.

A Bluetooth lock, on the other hand, is potentially more secure, as it won’t be connected to the internet, and relies on authentication between the individual lock and the fob/phone. However, Bluetooth locks may have more limited functionality and a slight lag between presenting the fob and unlocking the door.

One of the features of smart locks is that you can send temporary keys to people, giving them access to your home at a specific time

What are your smart door lock options?

Consumer smart door locks have been on the market for several years, though the technology is yet to break through to the mainstream. That said, there are some products out there that enable the kind of door entry that was once reserved for science fiction. 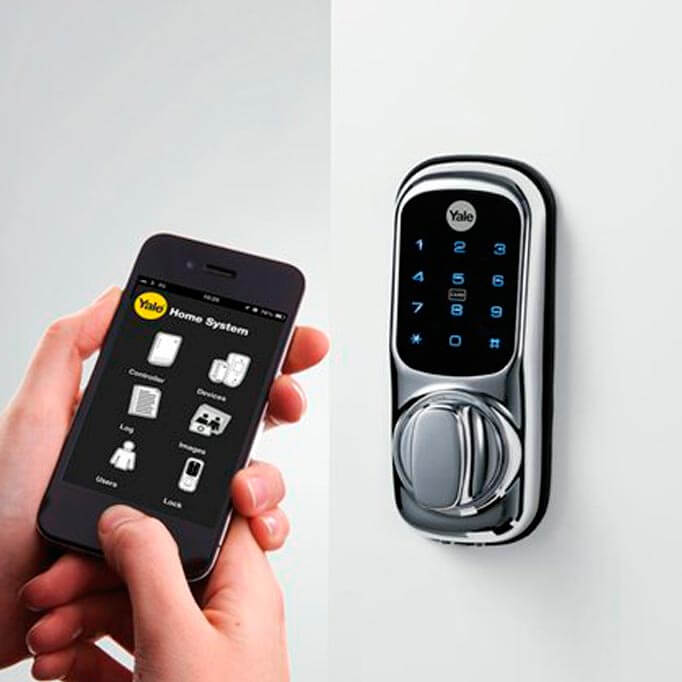 Yale is synonymous with locks, and for good reason. It has a long history of innovation and providing top quality locks at a variety of price points.

Shop around, and you can pick up Yale’s Keyless Smart Lock for around the £100 mark, offering an affordable entry point. Thankfully, affordability doesn’t mean the product skimps on features:

For more money, the Yale Conexis L1 Smart Door Lock introduces the ability to send virtual keys to anyone who needs access. 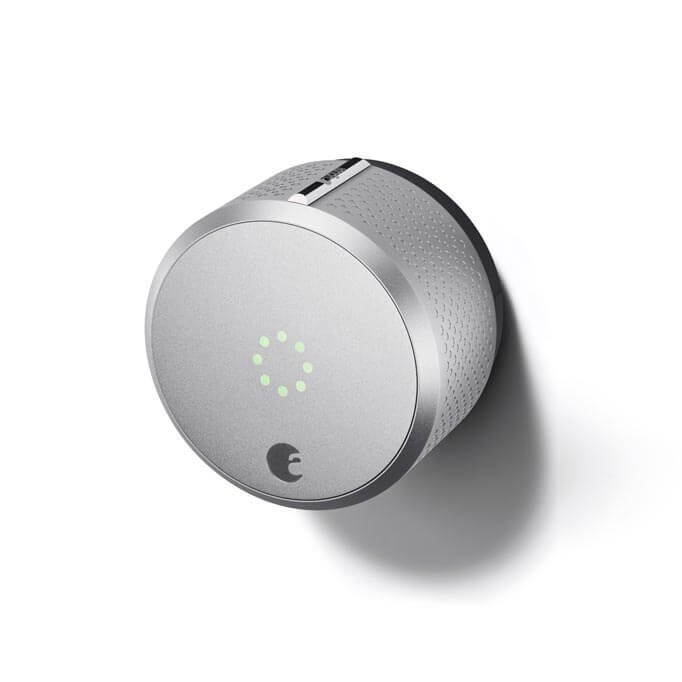 Not officially available in the UK at the moment, the August Smart Lock is the lock that seems to be generating the most buzz over in the States.

Given the cost associated with importing the locks, pricing isn’t very competitive with the Yale alternatives. For this reason, you might be best keeping an eye on August as a possible product of the future.

August’s major selling point is tech it calls DoorSense and Auto-Lock, which inform the user that the door is both closed and locked. 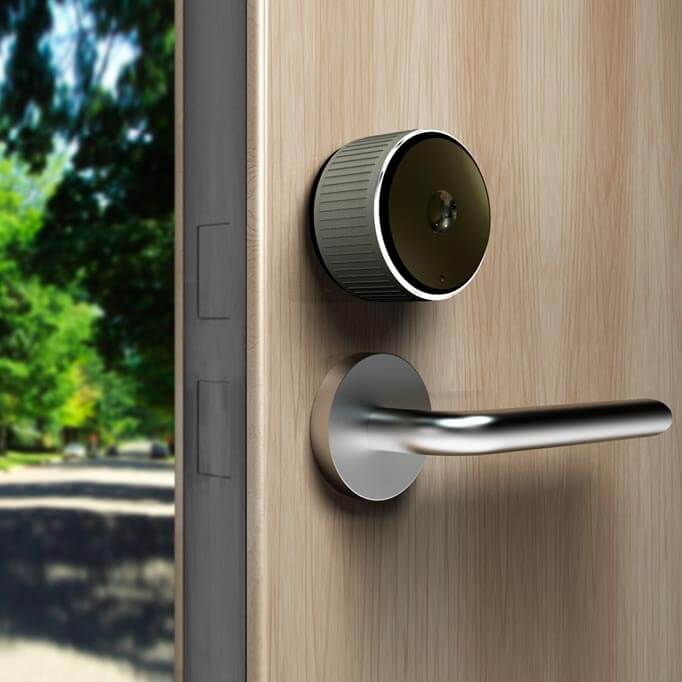 This Danish smart lock fits neatly over most existing locks and has the sleek, Scandinavian design and quality you’d expect.

Cost wise, you’ll find the Danalock selling for around £130 online. It has similar features to the Yale and August locks, such as you approach the door, auto locking, and link-ups to home automation devices.

Smart locks represent a digital evolution in home security. In terms of convenience, they certainly appeal, leaving behind worries about lost keys, forgetting to lock up, granting access while you’re away and so on.

As it stands, smart locks don’t currently affect your home insurance as long as they work in conjunction with a mortice deadlock, your front door will be considered just as secure as a standard key-operated lock.

Whether you want to make the jump to smart locks is up to you, but one thing’s for sure, they’re likely to become more commonplace as people become better educated on the benefits of smart homes.