As cars become increasingly complex, with many approaching the point of being able to drive themselves, so the amount of equipment being offered as optional extras rises.

In this regular series, James Foxall, a motoring journalist with more than 20 years’ experience of reviewing cars and their gadgets and gizmos, investigates individual features and advises whether they’re worth paying for.

What is Lane Keep Assist?

Lane Keep Assist, Lane Departure Warning… the technology has several names, depending on the manufacturer that’s trying to sell it.

With minor variations both are electronic systems that warn the driver when the vehicle moves out of its lane without the driver activating the turn indicators. It was originally designed as a simple way of the car detecting that the driver may have nodded off at the wheel or may not be paying attention.

This is usually called Lane Departure Warning. Lane Keep Assist is a slightly more advanced system that warns the driver and helps keep the car in its lane without any driver input. 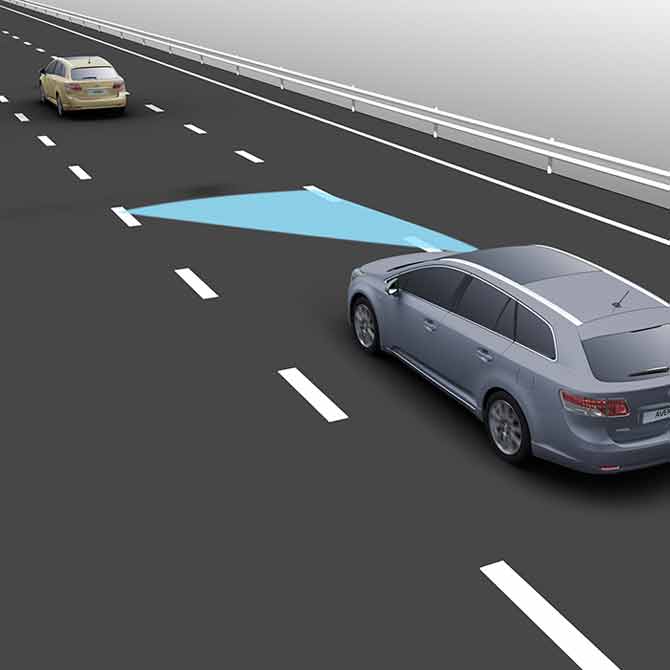 How does it work?

Systems vary. Some use infrared sensors but cars are increasingly using video cameras mounted at the top of the windscreen in the rear-view mirror unit. Both read the road markings and when the car drifts towards and moves beyond the white lines, the driver is alerted.

Some give an audible warning. Others vibrate the driver’s seat and yet more will give a gentle tug on the steering wheel and move the car back to the centre of the lane without the driver doing anything.

How much do these systems cost?

They’re not cheap and they generally come as part of a collection of other technology such as blind spot warning, which alerts the driver when there's a car that might be hidden in the blind spot over their shoulder. Nissan charges £400 for this pack on its Juke, a small SUV. Seat charges the same for the Safety Pack that includes it on the Leon small family car. On a posh Mercedes E-Class saloon, it comes as part of a wider ranging Lane Tracking package, which costs £735.

If your working life is spent on motorways, where mile after dreary mile looks much the same, a lane keeping system could be a guardian angel

Are they worth the money?

This largely depends on the typical journeys a driver makes. If your working life is spent pounding up and down motorways, where mile after dreary mile looks much the same and there’s a real danger of becoming drowsy, a lane keeping system could be viewed as a guardian angel.

However, for many drivers it can be a cause of irritation rather than a saviour. Take narrow country roads where, often, drivers have no choice but to go over the centre white line perfectly legitimately. As they won’t be using the car's indicators, the system thinks that the driver is not paying attention and will admonish them with beeps or vibrations. These can become wearing to the point of exasperation and have led some drivers to turn the system off, never to be reactivated again.

The technology is without a doubt very clever. For driving predominantly on main roads and the motorway network, it is worth choosing. However, for those who spend the majority of their time driving around urban, suburban or country roads, lane keeping technology is unlikely to be suitable for their needs.