Not everyone wants to be a beach bum on holiday.

Some like to plan their trip around activities. Others like to get out and explore. And then you have those who like to push their fear factor to the absolute limit.

If you’re an adrenaline junkie, it’s quite possible you’ve already done everything on this list. Twice. But if you’re someone who likes to test your nerve just once in a while, consider one of these experiences on your next travel adventure… 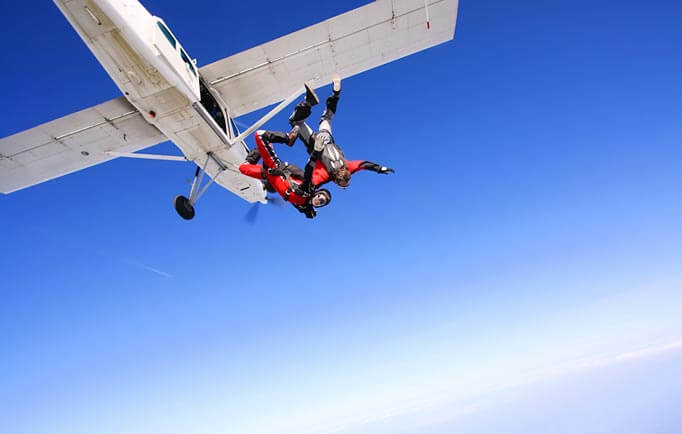 It may seem like an obvious place to start. But stepping out of a plane thousands of feet above ground and freefalling for around 30 to 60 seconds is, without question, one of the most adrenaline-fuelled experiences to be had. Ever.

So if you’re thinking about skydiving abroad, think big.

It doesn’t matter whether it’s your very first tandem or you’re an experienced soloist, a skydive in the Himalayas will offer the most jaw dropping views of the highest peak in the world; Mount Everest. 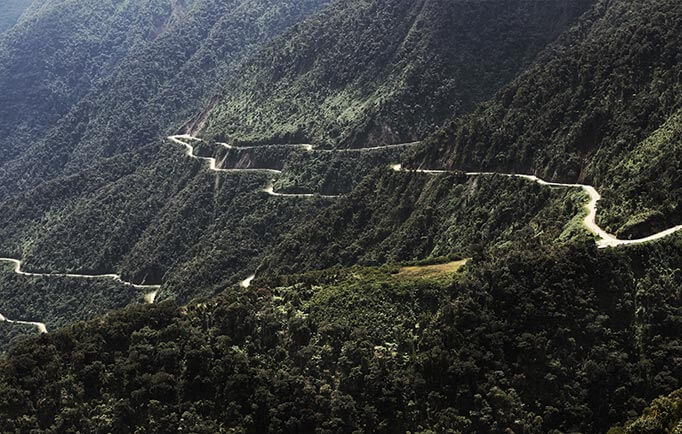 Perhaps this is more your thing; a leisurely bike ride taking in spectacular views among the rolling hills of the Amazon rainforest... on what’s considered the most dangerous stretch of road in the world.

Despite passing several sheer drops along the way and being nicknamed The Death Road by locals, cycling Bolivia’s North Yungus Road is still one of the most popular attractions in South America for thrill-seeking tourists. 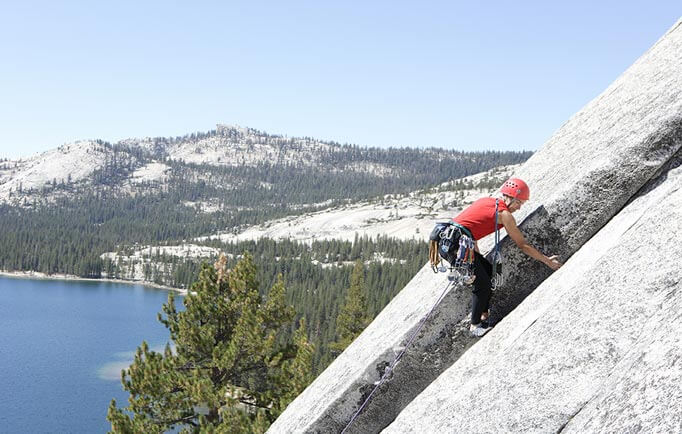 Okay – so we don’t expect you to simply rock up and see how high you can get. Climbing Yosemite requires skill, patience and staggering amounts of hard work.

Thankfully, being one of world’s greatest ranges for mountaineering, there are endless courses, climbs and challenges to suit all levels of experience. But if your eye is on the park’s most famous guided route, El Capitan (aka The Nose), you’ll need to devote a large chunk of your holiday (and money) to it.

4. Dive the Cage of Death, Australia 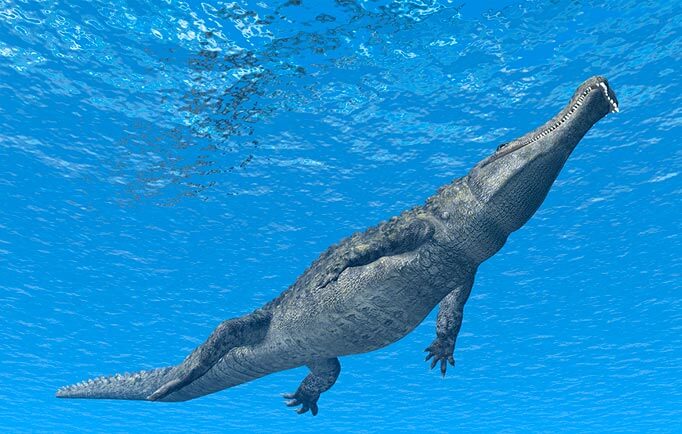 The idea of diving with great white sharks is exciting. Yet the reality can sometimes be very different – especially if it involves an overwhelming desire to spew overboard as a result of choppy waters.

So consider swapping the overcrowded metal cage for a transparent underwater viewing tube that fits two… and come face to face with some of the largest saltwater crocodiles on the planet during feeding time. Yikes - just make sure your travel insurance is up to date before you jet off and offers emergency medical cover. 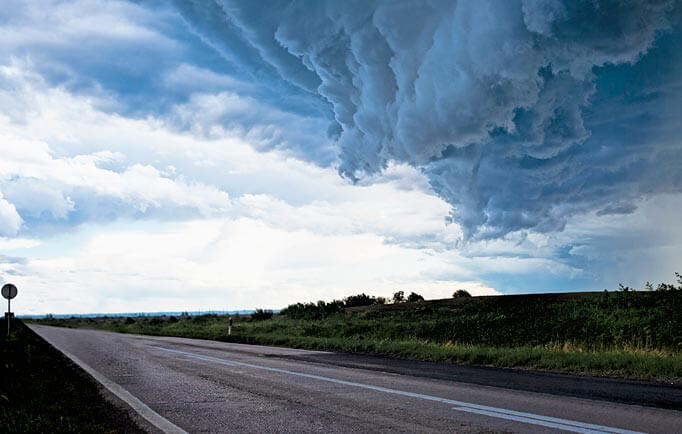 If you need another reminder of how truly terrifying nature can be close up, then how about a trip based around chasing tornadoes?

There are a variety of tornado tours that offer a chance to witness one of Mother Nature’s most powerful forces, while in the company of experienced teams who get nice and close to the action. Just try to remember to hit the record button when you’re caught up in the excitement of that storm.

6. Fly the fastest zip line in the world, Wales 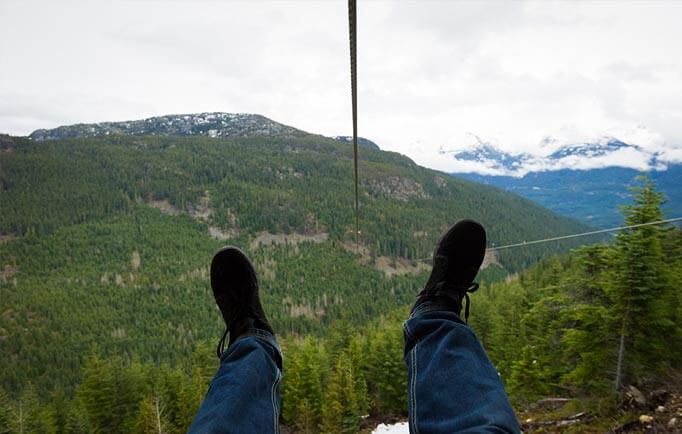 Who says you have to travel overseas to get holiday thrills?

Wales is home to Velocity, the fastest zip line in the world and the longest in Europe. Descending over a quarry lake and often reaching speeds well in excess of 100mph, it’s definitely worth a tremble if you’re visiting this beautiful part of the country. According to the locals, it’s anhygoel! 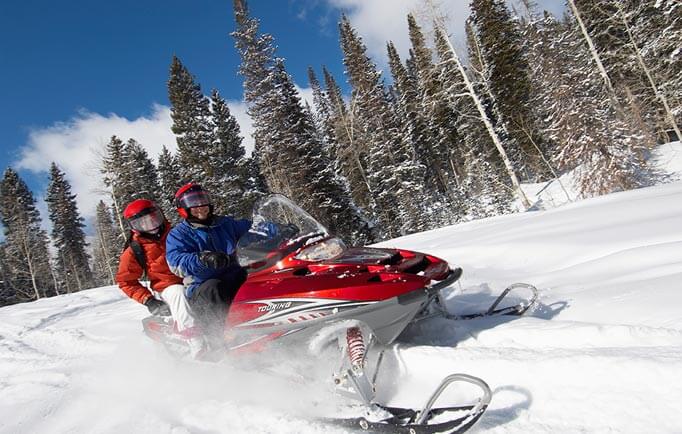 Snowboarding off-piste? Pah. Traversing the steepest black runs? Meh. Speeding through endless miles of snow to explore off-the-beaten tracks that are inaccessible by car? That’s more like it.

Snowmobiling isn’t just exhilarating; it offers a sense of freedom. Especially when gliding over frozen lakes, covering heaps of different trails and exploring the untouched wilderness found in Quebec.

8. Bungee with a view, New Zealand 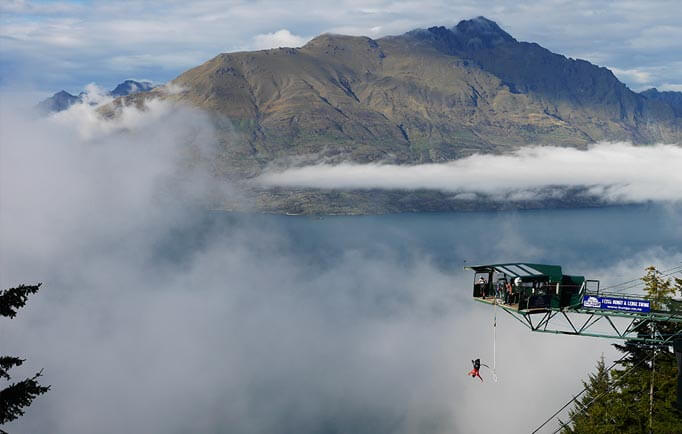 Colorado may have the highest bridge jump in the world, and Macau the tallest from a building, but for sheer awe-inspiring scenery, it’s pretty hard to beat a bungee in New Zealand.

Although there are several places where you can jump, adrenaline junkies should head to the adventure playground of Queenstown for The Nevis. After all, if you’re going to take the leap, you may as well make it as memorable as possible. 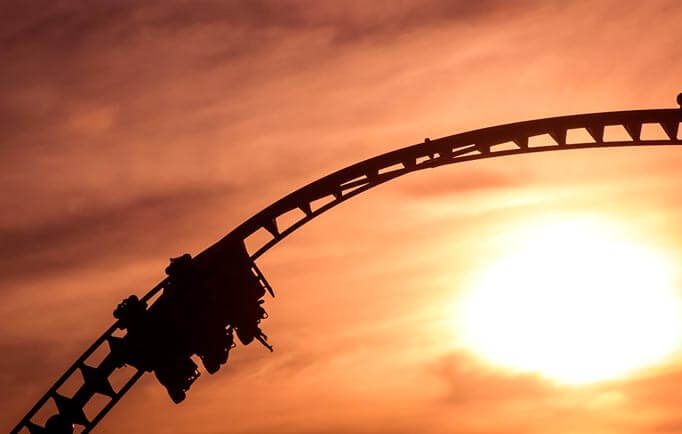 Yes, it’s on the other side of the world. But if you happen to be ‘popping over’ to Japan to explore what a truly unique country it is, make sure Fuji-Q Highland is on the travel itinerary.

The amusement park’s most heart-pounding ride has to be Takabisha, the steepest rollercoaster in the world that features a 120-degree tilted drop. We reckon it’s one to enjoy before lunch.

10. Dine in the sky, worldwide

What’s that you say? Sampling gastronomic delights while enjoying views of iconic landmarks isn’t particularly nerve-wracking? Then how about doing it while sat at a dining table suspended 50 metres above ground?

The sky is no longer the limit when it comes to this unique dining experience. But you don’t have to settle for dinner. Perhaps throw a cocktail party in the sky. Or even get married. Just narrow down the guest list first, and only invite those with a head for heights and be sure they understand about the toilet facilities.