According to the meteorological season, the great British summer is officially over… right when it felt like it was just getting started.

If you hate dark mornings, the more challenging road conditions and being surrounded by colleagues with colds, chances are you’ll be daydreaming about an escape.

Fortunately, autumn is a fantastic time of year for a getaway. Not only can you still find late summer sunshine elsewhere, but both prices and tourist numbers tend to be lower outside the peak holiday season.

But where’s good to go? 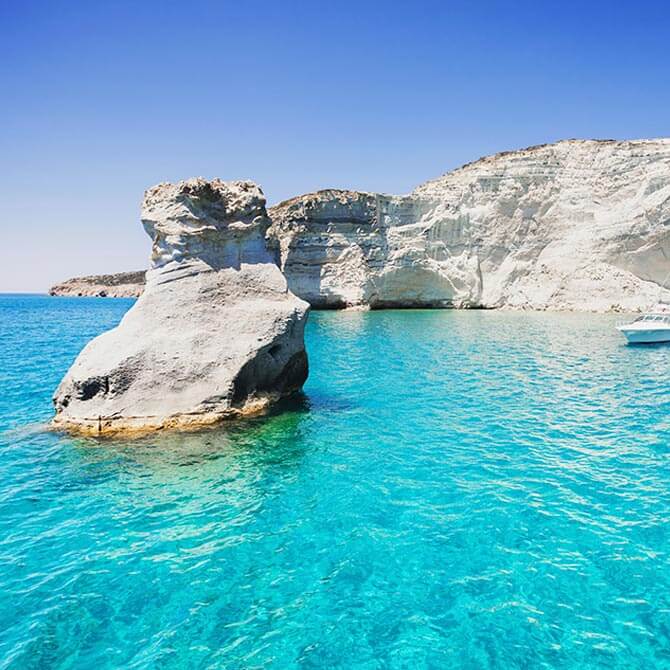 While Britain is coming to terms with autumn, summer is still in full swing in many European destinations.

Greece is a classic example, with its southerly islands enjoying temperatures of around 25°C during September and October. But before you stuff that suitcase and jet off to one of the Greek islands, why not discover several of them on your own boat?

It sounds expensive, but sailing holidays can actually work out cheaper than a hotel or villa. Some tour companies sell them as package deals, others tailor them according to experience and preference.

You can often cut costs by sharing a yacht with other shipmates, or you may decide to base the entire trip around achieving your sailing qualifications. Skippers can also be employed to charter the boat for you, or if you’re licensed why not captain your own?

The huge range of choice means there’s no need to feel daunted. You get to choose how involved you are with the helming, navigating and sail trim before dropping anchor in the little bays to snorkel, indulge in fresh seafood and explore hidden coves difficult to access by land. 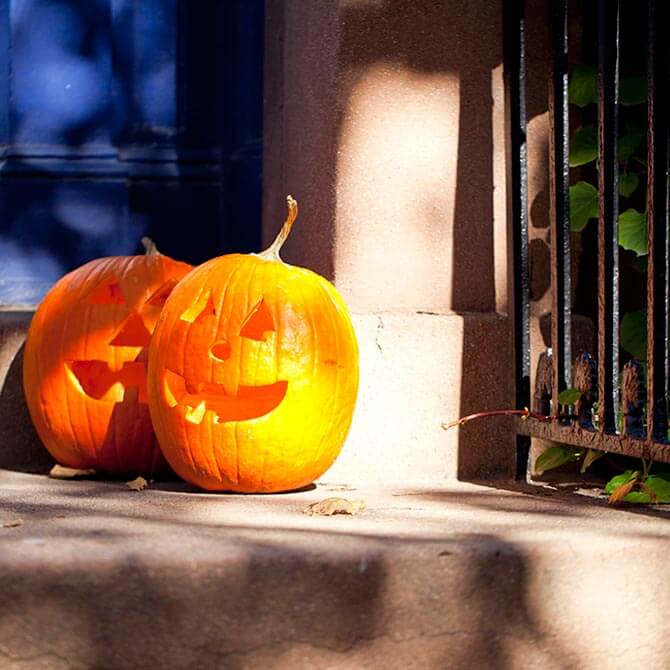 When it comes to Halloween, Americans really go for it… and we’re not just talking about kids trick-or-treating.

One place guaranteed to be memorable around this holiday is New York. Yes, there’s all the sightseeing, but half the fun is in bumbling around the streets to witness the sheer effort residents go to with their festive decorations, costumes and celebrations.

Our advice is to embrace the culture and dedicate the entire day to all things spooky. And perhaps nothing is stranger than starting the day at Brooklyn’s largest Halloween costume competition for dogs.

Once that novelty wears off, cross over to Manhattan and check out the building that many believe to be the island’s most haunted.

It’s also a good idea to spend some time working on your own Halloween costume – simply putting on some pussycat ears or draping a white sheet over yourself will not suffice. Luckily, there are countless professional stores and makeup artists in the city willing to help.

Once you look the part, get yourself to Sixth Avenue to grab a lookout spot for the famous Village Halloween Parade rolling out at 7pm. That should get you in the mood for one of the many Halloween parties dotted around the city throughout the night.

Just be prepared to see a lot of Donald Trump impersonators roaming the NYC streets this year.

3. Soak up the Lake District

Embrace the change in season and head to one of the most beautiful and celebrated places in Britain; the Lake District.

If you ask a dozen visitors to name their favourite walks around the Lake District, chances are you’ll receive a dozen different answers. The lakes themselves usually steal the show, but Grizedale Forest during autumn is up there with the best; the burnt oranges and yellows providing a perfect backdrop for the sculptures scattered throughout it.

Autumn is also a good time of year to spot red squirrels, although you might have more luck seeing red deer and red kites thanks to Grizedale’s recent reintroduction project.

Feed your imagination with a visit to the Theatre by the Lake, which The Independent calls “the most beautifully located and friendly theatre in Britain.” The 400-seat Main House and 100-seat Studio are home to a variety of productions though autumn and beyond.

And if you still need convincing, then how about finishing a day of hiking or sightseeing with a roaring fire, some good ale and a hearty meal? The Lake District has some of the best country pubs around, giving you that warm, toasty feeling that’s often needed during the colder evenings.

4. Fun in the Fuerteventura sun

If you’re already missing the summer sun, Fuerteventura in the Canary Islands is the perfect autumn holiday destination.

Just over four hours from Gatwick, Fuerteventura boasts temperatures in the mid 20s even as you move into November. Coupled with typically low rainfall, you’ll be able to soak up the sun at more than 150 beautiful sandy beaches.

If you’re looking for a little more action, Fuerteventura is also a world-renowned venue for watersports. From windsurfing to jet-skiing, there’ll be something to satisfy even the most demanding of adrenaline junkies.

If you’re after something more adventurous, head to Peninsula de Jandia for some off-roading. The land used to be separated from the rest of the island, but a build-up of sand deposits has made the area more easily accessible.

And for some excitement without the adrenaline, check out Oasis Park in La Lajita. At this National Park you’ll find crocodiles, giraffes, flamingos and hippos. The park is also home to one of Europe’s biggest botanical gardens, boasting more than 28,000 plants.

5. The terracotta rooftops of Dubrovnik

Croatia is becoming one of Europe’s go-to holiday destinations, attracting more than 10 million people each year.

Temperatures usually peak in August, but remain in the 20s through September and October, although there’s a good chance you’ll experience a few rainy days as you move closer to winter.

The southern city of Dubrovnik and its surrounding areas can provide both beach and city breaks, meaning you should be able to please even the fussiest of travellers.

The seaside town of Cavtat, edged by mountains and woodland, offers beautiful pebble beaches and a range of watersports.

Culture vultures will be more excited by what Dubrovnik offers away from the seaside. Medieval Dubrovnik features terracotta rooftops and cobbled alleyways, which lead you down to the scenic harbour.

There’s also plenty going on in September, including the Ston Wall Marathon, which follows the partially-demolished defensive walls which were built in the 14th and 15th centuries. This year’s race takes place September 24.

You can also take in the arts with the Epidaurus Festival in Cavtat, which runs for two weeks during the middle of September. There’s a focus on music, but you’ll also find art, theatre and other curiosities.

And how about this for the Game of Thrones fans out there. HBO films scenes for King’s Landing in Dubrovnik, instantly recognisable by its coastal city walls and terracotta rooftops. Fans can choose to investigate alone or pay for a tour.