There are so many great English Heritage Sites around the country, you could spend the whole of winter exploring them.

However, we’ve tried to narrow the exhaustive list down to 10 definitely worth visiting this winter. 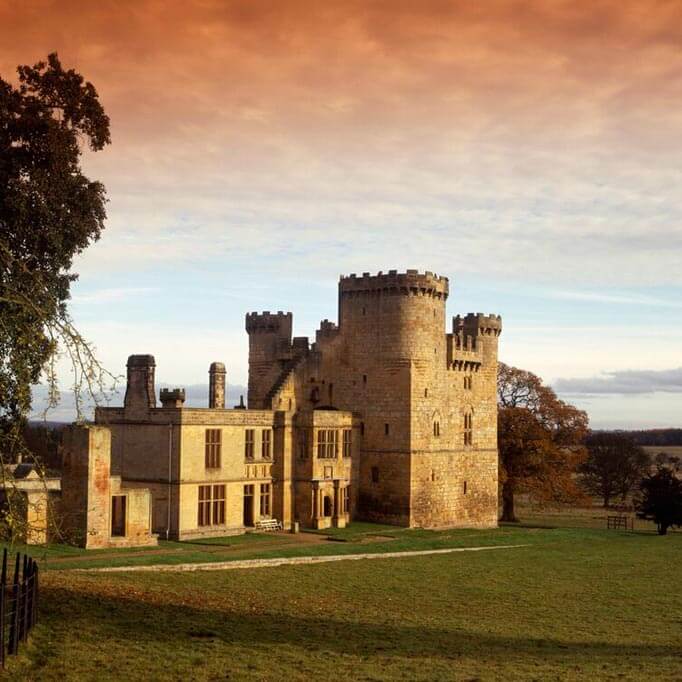 With its Grand Grecian Hall, Grade I listed gardens and medieval castle, Belsay Hall is hard to beat.

Owned almost continuously by the Middleton family since the 13th century, the property has built up an enviable history over the past seven centuries. It was originally constructed as a refuge at a time of Anglo-Scottish warfare, and still has traces of elaborate medieval wall paintings.

Don’t miss the views from the 14th century defensive ‘pele tower’ at the top of the medieval castle, or the Pillar Hall, which is inspired by the temples of Ancient Greece.

If you fancy a break from exploring the exotic plants in the Quarry Garden, then look no further than the Belsay Hall Tearoom for fresh scones and sandwiches.

Don’t be surprised if you bump into a vampire or two at Whitby. After all, it’s where Bram Stoker cooked up some of his most dramatic scenes for Dracula; making it the gothic capital of Great Britain.

Seek out the visitor centre to discover the Abbey’s history. Try out the interactive touchscreens, and chat with people from Whitby’s past, for an experience that’s great for kids.

Or just immerse yourself in the 13th century gothic splendour, and roam the ruins of the Abbey church. There’s also a natural vantage point, with panoramic views that stretch across the harbour and town, and the countryside beyond. 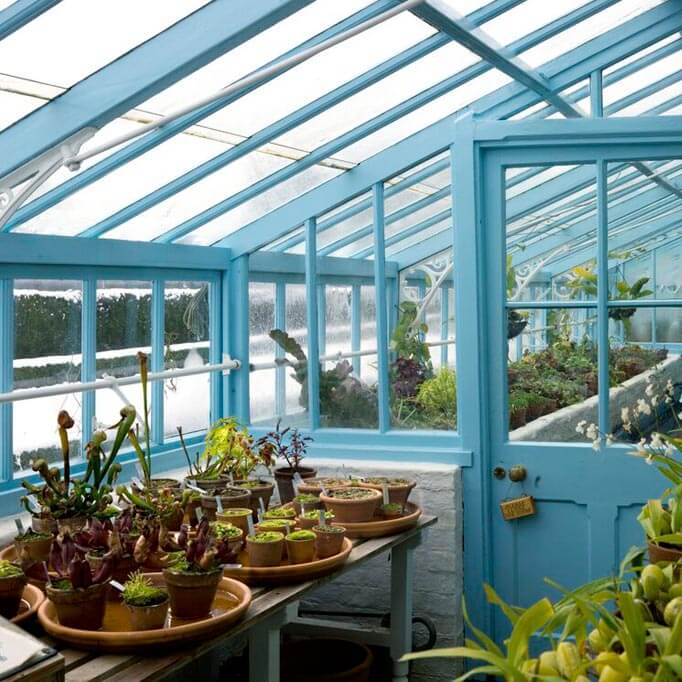 Ever wondered where Charles Darwin developed his landmark scientific theories? We’ll tell you — at Down House. And it’s hardly changed since he died in 1882.

On the first floor of the house there’s also an award-winning exhibition where you’ll see Darwin’s hat, microscope and a copy of Das Kapital inscribed to him by Karl Marx.

You’ll also be able to see the desk and chair where Darwin wrote On the Origin of Species by Means of Natural Selection, then step into the garden to explore Darwin’s ‘outdoor laboratory’.

After you’ve taken a stroll down the scientist’s ‘thinking path’, take a break in the café, which was once the old kitchen where all Darwin’s meals were prepared. 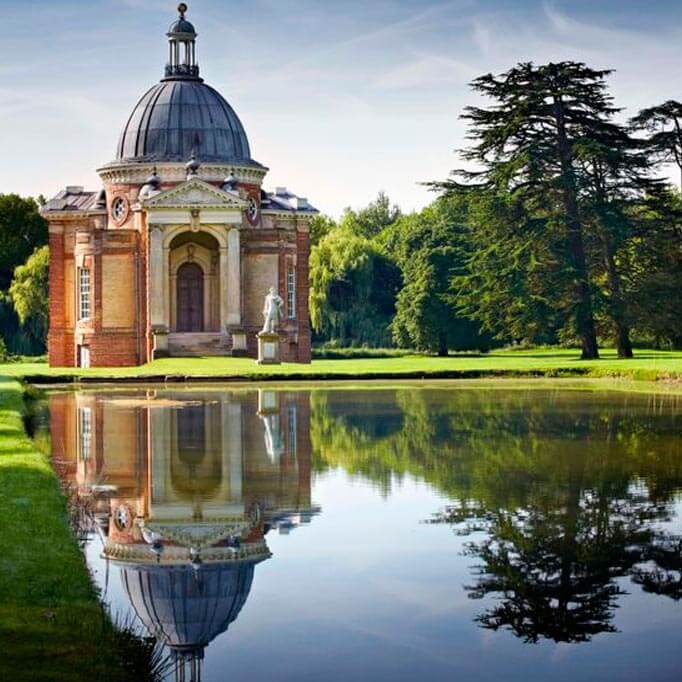 Wrest Park has 90 acres of beautiful gardens, full of woodland walks to explore and different styles (French, Dutch, Italian and English) to admire.

On the ground floor of the Mansion House there’s an exhibition informing you of Wrest Park's history. You’ll learn about the de Grey family who lived there for over 600 years.

Seek out all the hidden gems in the garden; an ornate marble fountain, a Chinese Temple, the 18th century Bowling Green House and over 40 statues scattered around the grounds. And don’t forget the Dairy Sculpture Gallery, which displays some of the estate's most breathtaking statues.

And, you guessed it, there’s also a café and play area once you’ve finished exploring. 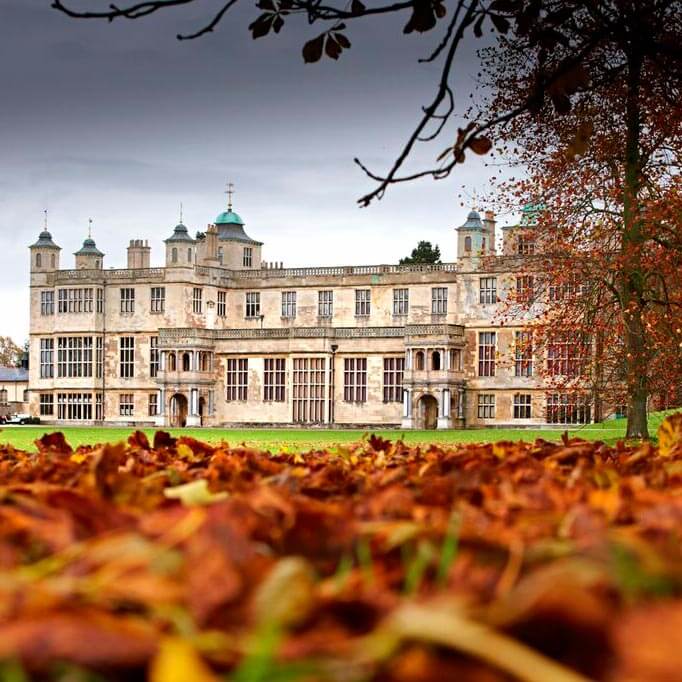 Once upon a time, Audley End House was one of the largest and most affluent properties in Jacobean England. Created in the early 1600s by Thomas Howard, First Earl of Suffolk, it still holds much of its original character – despite being one third of its original size.

You can wander round this great house, discover its history, and admire the apartments, dressing rooms and libraries. There’s a nursery to explore, with toys children would’ve used in the 1830s.

And take a look at the service wing, the world ‘below the stairs’ full of hard labour and long hours. You can get a true depiction of this life through film projections, introductory wall displays and even traditional food from the era.

If gardens are more your thing, then you’re spoilt for choice. Lancelot ‘Capability’ Brown, one of the most influential designers of the 18th century, got rid of the formal garden to make way for extensive views, a lake and more natural planting.

No doubt you’ll have worked up quite an appetite from all the exploring, so chill out at the Cart Yard Café, and watch your kids burn even more energy in the children's play area. 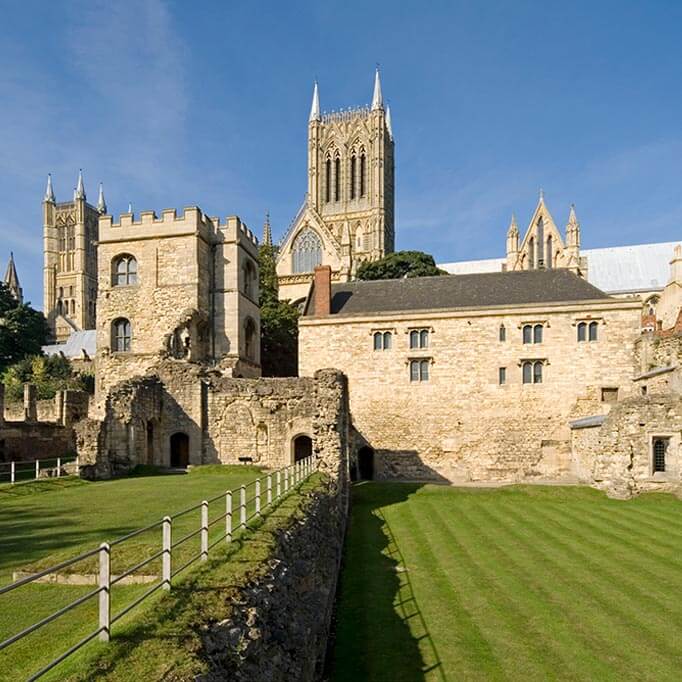 Once the administrative centre of the largest diocese in medieval England, the Medieval Bishops’ Palace was one of the most important buildings in the country in its heyday.

Check out Bishop William Alnwick’s modernisations from 1430, and the new vineyard re-established in 2012 along with the contemporary Heritage Garden. 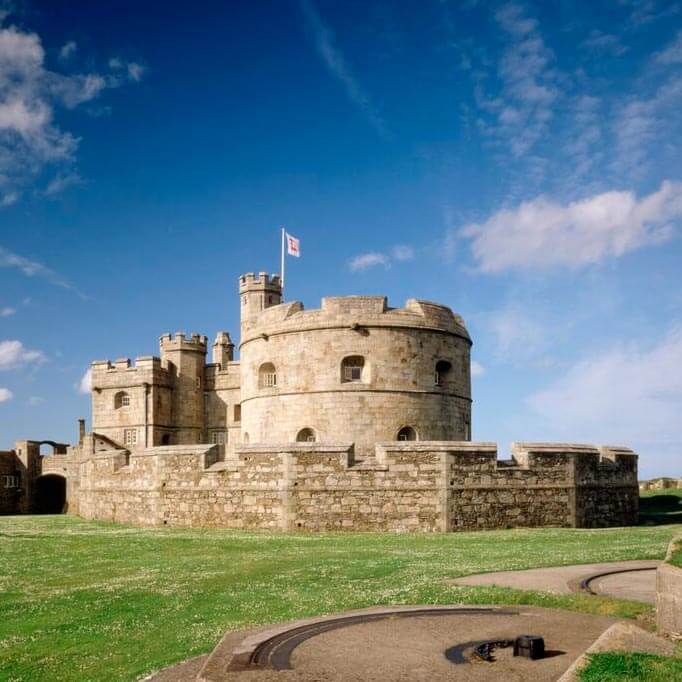 Known for defending Cornwall against foreign invasions since Tudor times, Pendennis Castle was once one of Henry VIII's finest coastal fortresses.

The castle also played a vital role during the First World War, and there’s an exhibition you can check out dedicated to this. You can also visit the Victorian War Shelter, which was originally built as a gunpowder store.

There’s loads to do at Pendennis Castle, from looking at guns and cannons to climbing the spiral stairs to the roof for panoramic coastal views. We recommend going if you want to explore a castle steeped in history. 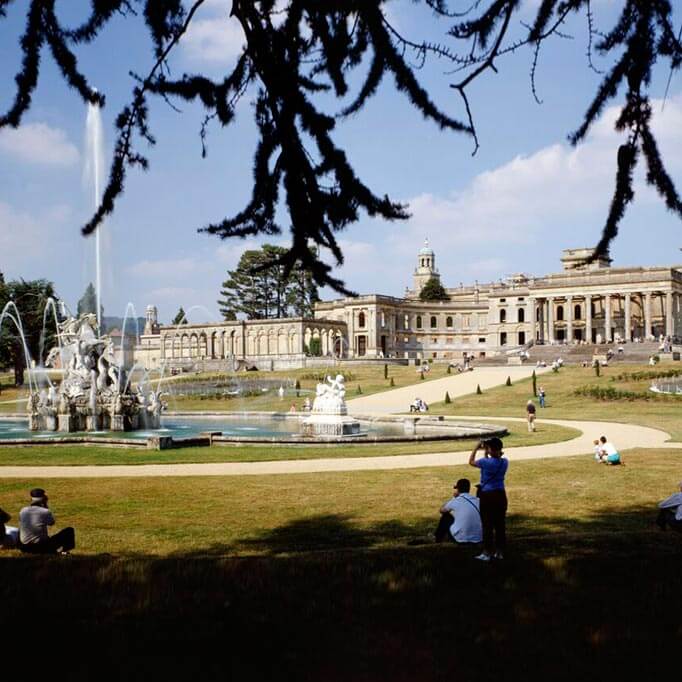 In the 1890s, fashionable society headed to Witley Court for lavish house parties. Guests even included the Prince of Wales (later King Edward VII). When you hear the stories behind the people who lived and partied at Witley, you’ll be transported back to high-society.

Step outside to the sweeping driveway and absorb the spectacular ruins of a bygone era. Fountains, gardens and impressive architecture are set amongst enchanting woodlands.

The Wilderness Play Area is great for the kids – with a treehouse shaped like a seed pod, outdoor musical instruments and a grass-covered amphitheatre. If you still have the energy, there are plenty of winding woodland paths, displaying trees and shrubs from all over the world. 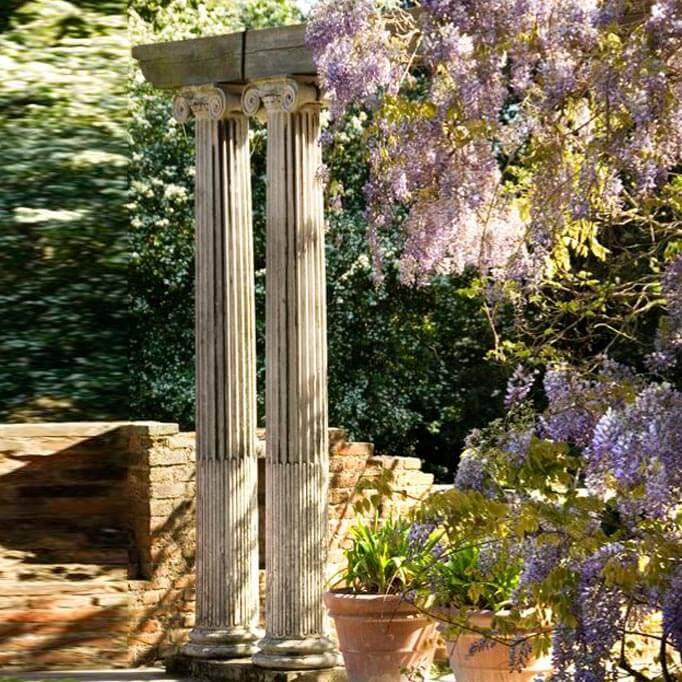 Originally given to Edward II in 1305 by the Bishop of Durham, Eltham Palace was restored by millionaires Stephen and Virginia Courtauld in 1933. In April 2015, after a £1.7 million project, five new rooms were opened for the public to explore.

You can visit the map room, where the Courtauld’s plotted their world travels. Step into a reconstruction of Virginia’s walk-in wardrobe and try on stunning period clothes and accessories. Then go down to the basement and wartime bunker that offered safety during the blitz.

Between the stunning Art Deco of the entrance hall, and the medieval design of the palace, you’ll find something to make your jaw drop. And that’s before you’ve stepped out into the 19 acres of spectacular gardens - home to London’s oldest working bridge. 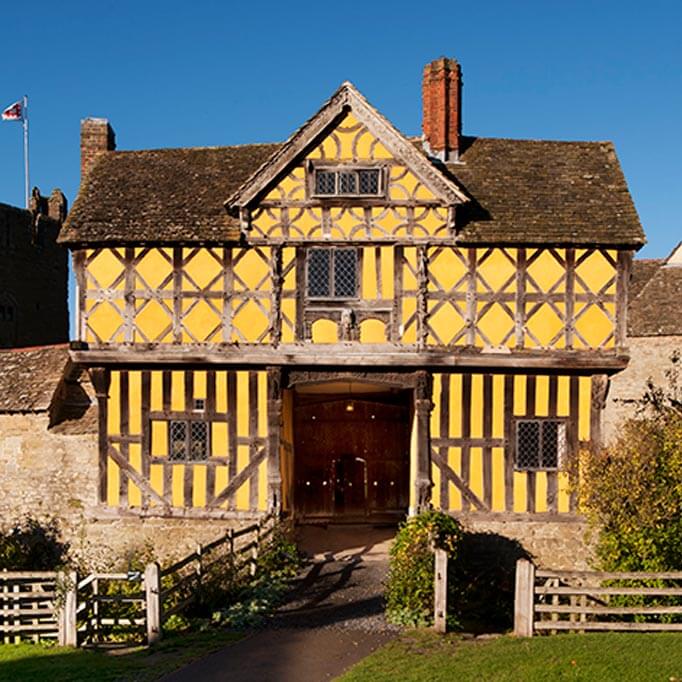 Constructed in the late 13th century by Laurence of Ludlow (once one of the richest men in England) Stokesay Castle is the best-preserved fortified manor house in England.

Head to the great hall, which has remained unchanged for 700 years, and climb to the top of fairytale tower for fantastic views over the Shropshire Hills. The castle has had its ups and downs, experiencing significant damage during the Civil War, but it’s been carefully restored for a great day out.

The fine timber roof made from whole tree trunks, the north tower, the south tower and the gatehouse are all things you should definitely check out on your visit.

All these English Heritage sites have special events going on all year round, so see what top spots are near you and start planning your trip today.