You’ve decided on the make and model of new car, now you’ve just got to make the choice between whether to go for a manual gearbox or an automatic. It’s a decision that is becoming increasingly common as automatic gearbox technology gets cheaper and greater numbers of affordable cars become available with self-shifters. We try to decide which is best.

What kinds of automatic are there?

There are three principle types of automatic transmission: the traditional hydraulic or torque converter, Continuously Variable Transmission (CVT) and semi-automatic which is sometimes known as robotised manual or automatic clutch.

In a torque converter gearbox, the clutch sitting between the engine and gearbox is replaced with a liquid coupling. A CVT operates by varying the diameter of a drive belt. This means there are no gear changes so it can feel very smooth. The downside is when you accelerate hard, the engine can suddenly feel as if it’s revving itself to pieces.

The semi-automatic uses a conventional clutch but this is operated automatically so the driver still only has brake and accelerator pedals. A variation of this set-up is the direct shift gearbox which uses two clutches. Rather than disengaging and re-engaging the clutch to change gear, direct shift effectively splits the gearbox in two. When you’re in an odd number gear, the even numbers are primed and ready to change. When the car changes gear, input shafts are swapped to the second gearbox making a swift, nearly seamless change.

What they cost to buy

Automatic gearboxes are more expensive than manuals because they require more technology and development. How much more depends on the particular car. If you’re buying a Toyota Yaris new, you will pay £1,000 more for an automatic. For a Volkswagen Golf the direct shift gearbox option costs £1,415 more. And on a Porsche 911, the firm’s PDK semi-auto is anywhere between £2,238 and £2,947 more expensive.
Winner: Manual

In the bad old days, automatics gulped fuel where manuals sipped. How times have changed

Automatic gearboxes are more complex and therefore more expensive to keep on the road than manuals. For a start, they frequently need to have their lubricants changed. And there are more components in them that can go wrong. As far as car insurance goes, it depends on the car. Some autos are in cheaper insurance groups; some cost more to cover because they’re more expensive to buy; and some are exactly the same.
Winner: Draw

In the bad old days, automatic gearboxes were such clunky things that they only had three or four speeds when their manual equivalents had four or five. It meant automatics gulped fuel where manuals sipped. How times have changed. Now you can get a nine-speed automatic on cars such as the Land Rover Discovery Sport. Combined with software that knows exactly when to change gear for maximum engine efficiency, automatics can be the fuel-efficient option. Again though, this depends on the individual car.
Winner: Draw 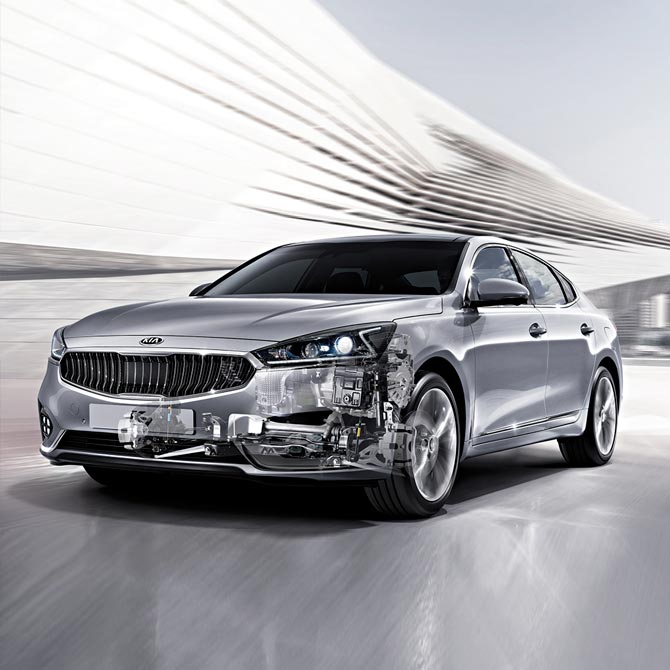 There can be fewer more satisfying feelings in a car than pushing a gear lever forwards to drop down a gear and feeling a surge of power beneath your right foot. Another great feeling is getting a hill start just right where you’re doing the apparently impossible of balancing clutch, accelerator and brake all at once. Automatics are functional but they don’t give you the connection with the engine that a manual gearbox does. There are exceptions: Ferraris now only come with an auto. But an automatic in a Ferrari is a far racier proposition than the self-shifter you get in the family shopper.
Winner: Manual

One of the biggest advantages of an automatic comes when you’re in slow-moving traffic – a regular occurrence for most of us. The automatic changes mean you’re not constantly pumping your left and right feet, which gets tiring and tedious in a manual.
Winner: Automatic

Manual or automatic: The verdict

Out of our five questions, the manual wins twice, the auto once and there are two draws. The best conclusion is that there is no right answer to the manual versus automatic debate. It comes down to how you like your driving and what you’re prepared to pay.